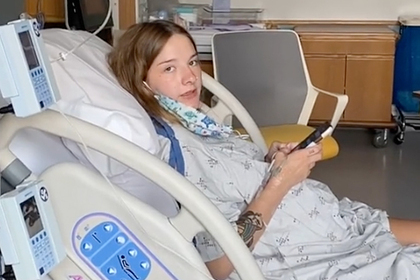 A TikTok user under the nickname @ mpmoney27 wrote an SMS to the manager during premature birth. She shared a video from the hospital in her account.

Working for yourself. Like in Moscow help self-employed make their dreams come true 00:03 – November 9, 2018

“The boss took her to meetings, but treated her like a thing.” Why women in Russia were called the second grade

A woman named Marissa explained that she unexpectedly began labor a week and a half ahead of schedule, and therefore had to urgently go to the hospital. The footage shows her lying in a hospital bed in a shirt. She has a phone in her hands, and she writes a message to her boss asking for time off, the text of which she discusses with her partner.

“I am giving birth. I was just admitted to the hospital – smiley. It's okay if my mom or brother takes my salary tomorrow – a question mark. So okay? ”She asks the man. “Everything is great!” He replies.

The video has received five million views and nearly five thousand comments. One user joked that in response, the manager might write that he is ready to enter the position of an employee, but asks to warn about this in advance next time. “Tell me that you work in the USA without saying that you work in the USA,” wrote another commentator.

In an interview with BuzzFeed, Marissa said that labor began at two in the morning, and at 10 in the morning she had to go to work, so she had to warn her boss about her absence directly from the hospital ward. She added that she was not given maternity leave, nor was her partner offered parental leave. He returned to work less than 24 hours after the couple returned home from the hospital.

Earlier it was reported that a company employee revealed that the boss had found a way to get him to work for free and began secretly shifting working hours. The employee figured out how to competently answer the boss.