Alexey Yagudin about Alina Zagitova's tests in the “Ice Age”: I realized that it would be hard 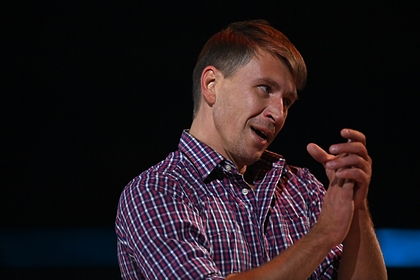 Olympic champion Alexey Yagudin remembered about Alina's tests Zagitova as a TV presenter in the Ice Age project. An interview with the former athlete is available on the Super YouTube channel.

“We tried to read, just work hard. I realized that it would be very difficult. But I took it calmly, because I remembered myself, ”Yagudin described the situation. He added that at first Zagitova was helped, but now it became easier for her. According to the former skater, the athlete never came to the shooting without preparation.

On November 1, Zagitova amazed fans with a video with a change of outfits. Users appreciated the installation and the image of the athlete. In nine hours from the moment of publication, the video has gained more than 57 thousand likes.

The figure skater first acted as a TV presenter last season of “Ice Age”. Then Yagudin became its co-host.

Alina Zagitova is the 2018 Olympic champion, as well as the winner of the World, European and Grand Prix finals.