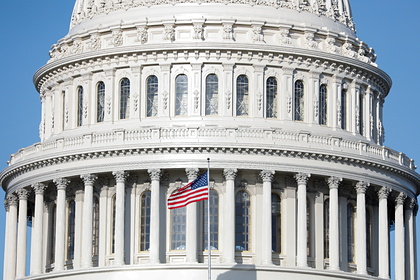 a series of “shocking forecasts” (available to “Lenta.ru”), where the United States predicted the acceleration of inflation to a record 15 percent by 2023 due to the state of the labor market. Such indicators have not been observed in the country since the Second World War. At the same time, at the moment, the American authorities are guided by 2 percent per annum.

Jacobsen's predictions are not the bank's official economic forecast, but rather draw investors' attention to unlikely events that carry high risks. According to the expert, inflation in the US will be accelerated by the behavior of Americans in the labor market “warmed up” by the pandemic. Due to coronavirus restrictions in 2020, many residents of the country lost their jobs, and when the economy began to actively recover in 2021, analysts expected an influx of labor.

In fact, it turned out that Americans chose to retire or live on unemployment benefits, the amount of which has grown dramatically during the pandemic. Because of this, a large-scale shortage of employees unfolded in the American labor market – there is no demand for 50 percent of job openings. Many job seekers take advantage of the position and inflate their salary expectations, which is why the average earnings in the United States are growing rapidly.

Recently, the head of the Federal Reserve System Jerome Powell admitted that inflation in the country can no longer be considered temporary. Saxo Bank's Jacobsen expects US officials to react too late to this worrying trend – an attempt to tighten monetary policy will prove ineffective in containing price rises. According to Jacobsen, the crisis will quickly affect the American stock markets: securities and exchange-traded funds will lose their attractiveness, and the companies issuing them will lose access to financing. Read the full economic forecast of Saxo Bank in the material “Lenta.ru”.

The consumer price index in the US has already increased by 6.2 percent on an annualized basis. Inflation has hit a record over the past 30 years. In November, Fed Chairman Powell said that the rise in the incidence of coronavirus and the emergence of the omicron strain will accelerate the indicators even more.