Ukrainian Foreign Minister Kuleba: if Russia decides to go to war, a slaughter will begin 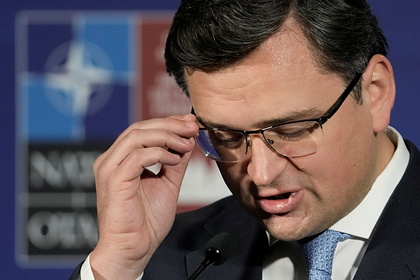 Ukrainian Foreign Minister Dmitry Kuleba threatened Russia with a flood of coffins war. The interview of the head of the Ministry of Foreign Affairs to the Latvian portal Sargs.lv was published on the embassy's website.

According to Kuleba, the Ukrainian army is incomparably stronger today than in 2014. “If Russia still decides to go to war, then it will have to count on an extremely large number of Russian soldiers killed, which cannot be compared with 2014. It will be a massacre, “he said.

Kuleba said that” the Kremlin has not yet understood how Russian society will react if an endless stream of coffins begins to flow from Ukraine. “

Earlier chapter The Ukrainian Foreign Ministry said that Kiev, together with Washington, “is working on the development of a comprehensive package of deterring the Russian Federation from further aggressive actions, including tough economic sanctions.” will not prepare any attacks on anyone.