Turkish Foreign Minister Cavusoglu: the crisis in Ukraine must be resolved diplomatically 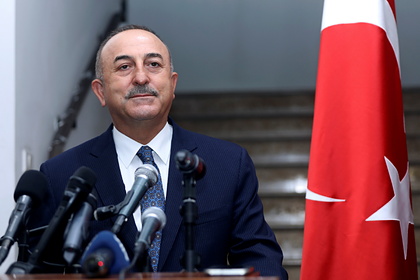 agreements. His words were voiced at a meeting of the heads of the foreign affairs agencies of the OSCE member states in Stockholm. This is reported by TASS.

Diplomatic acrobatics. Turkey does not recognize Crimea and sells weapons to Ukraine. How does she manage to be friends with Russia? 00: 02 – 13 August

They are crossing the border. Turkey is gently capturing the countries of the former USSR. Why can't Russia stop her?

He noted that the crisis in the south-east of Ukraine must be resolved through diplomacy. At the same time, the Turkish minister expressed concern about the situation of the Crimean Tatars. According to Ankara, the rights of this ethnic group are being violated in Russia. Cavusoglu also added that Turkey does not recognize the inclusion of Crimea in Russia.

In addition, he criticized the work of the OSCE. According to him, the organization is far from the pace of cooperation between member countries that existed in 1975. “Perhaps the slowdown in this process is due to a lack of trust between us. We must adequately respond to security problems in our region, “Cavusoglu stressed.

Earlier, Turkish President Recep Tayyip Erdogan said that Ankara could act as a mediator in relations between Moscow and Kiev, including on the issue of resolving the conflict in Donbass. According to the Turkish President, Turkey is in favor of establishing peace in the region.

On December 1, Turkish Foreign Minister Cavusoglu also admitted that it is impossible to resolve the escalation problem on the Russian-Ukrainian border with the help of economic sanctions against Russia. According to him, a way out of the situation can be found by maintaining a balance between dialogue and deterrence.