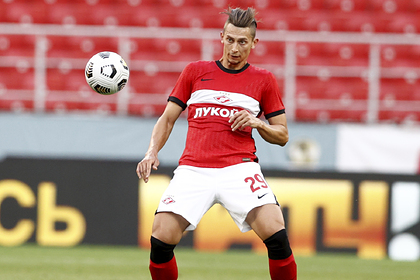 Defender of Moscow Spartak leaving the club. This is reported by Sport24.

The player expressed his readiness to move to any team, including CSKA or Zenit. “Is there a club that I won't go to under any circumstances? There's no such thing. This is my career, ”said Kutepov. He also said that he loves Spartak, but is not ready to constantly sit on the bench.

Earlier on Thursday, December 2, Kutepov speculated about the level of salaries in Russian football. He noted that the amount of payments depends solely on the quality of a football player, and his citizenship does not matter.

Kutepov has been playing for Spartak since 2012. This season, the defender has played four matches in all tournaments with the team.