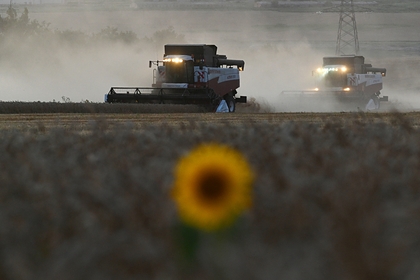 As a result of the first days of the work of the legal leadership of the Stavropol collective farm “Russia” including – the officially appointed Acting Chairman – became: unblocking the account of SKHPK “Russia”, payment of wages and alimony for all months of delay to all employees of the farm without exception, share payments to all pensioners. This was reported by the management of the collective farm.

Noting at the same time that for the first time in 9 months, funds were paid from the official account of the farm legally. In addition, share payments due to all members of the cooperative will be paid in the near future.

The company also noted that at present work on the collective farm “Russia” is gradually returning to normal. The account of the Agricultural Industrial Complex “Russia” in Sberbank has been unlocked and is working, a similar process has been launched in the Russian Agricultural Bank. Both accounts were blocked in February of this year, when a confrontation began in the farm, a new leadership was illegally elected, which did not allow the legitimate head of the farm to carry out his functions, including in the matter of finance. Now Pianov Sergey Viktorovich, as before, is the director of the collective farm, the courts of all instances have made decisions in his favor. The official chairman appointed Andrei Erokhin as his legal representative, acting chairman of the Rossiya collective farm.

According to the representative of the agricultural enterprise, the documents presented to Sberbank confirming the powers of the legal chairman allow him to make payments. “During the months of anarchy, when no contributions were made to the pension fund and the social insurance fund, many members of the cooperative lost their work experience. Issues like these require immediate solutions. In addition, the New Year holidays are approaching, collective farmers are waiting for payments. Now the legal management of the enterprise is doing everything possible to restore production processes, to resume the passage of mandatory payments, “the company said in a statement.

At the same time, the company notes, the legitimate management of the Rossiya collective farm continues to face opposition, sabotage and provocations from the accounting department, which was headed by Svetlana Podstavkina, who is now in jail for theft of crops, fraud and forgery of documents. “In order to make payments, the data of recipients and their account numbers are needed, but the accounting department does not provide this information to the legal administration of the enterprise, not recognizing the obvious: the legitimate management of the collective farm has all the rights to dispose of the finances of the enterprise,” the collective farm notes. >

In addition, a long-term partner of the collective farm, the Uspensky Sugarnik plant, is ready to help the farm with paying wages, but he also cannot do this because of the sabotage of the accounting department. In order to prolong and aggravate the conflict, accountants oppose legal payments, insist that collective farmers turn to the prosecutor's office to receive the money they are entitled to.

The legal leadership of the SKHPK “Russia” expects that after the resumption of the account in the RSHB all debts will be paid off as planned.

As Lenta.ru previously wrote, a group of supporters of Alexander Grinev, which has been trying since February 2021 year to seize the enterprise, not only did not succeed in this, but also caused significant damage to the economy, purposefully directing the collective farm to bankruptcy. As stated in the official statements of the Main Directorate of the Ministry of Internal Affairs for the Stavropol Territory for October and November of this year, the corresponding group of persons was created for mercenary purposes in order to profit through control over the management of the collective farm, continuing to rob SPK Rossiya and its legal owners – shareholders. p>

Today, for the first time in 9 months, an official production planning meeting was held in SKHPK “Russia”, where the production plans of the legal leadership for the restoration of the economy, stabilization of the situation at the enterprise, preservation of its integrity and organization of an effective production process were announced.