The head of the DPR Pushilin admitted that the republic, in case of war, will turn to Russia for help 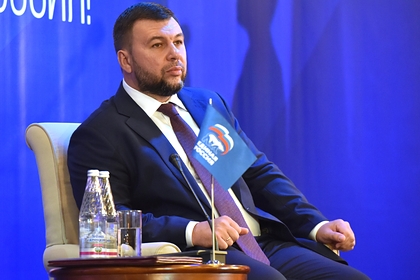 The head of the self-proclaimed Donetsk People's Republic (DPR) Denis allowed an appeal to Russia for help in the event of a war with Ukraine, Interfax reports.

When asked by the TV presenter whether Donetsk would turn to Moscow if Kiev starts a full-scale power scenario, Pushilin replied: “We will act, based on the situation. ” “It's going to be hard. But in any case, we will act according to the situation, “Pushilin assured.

When asked whether he excludes the possibility of turning to Russia, he said:” I do not exclude. “

< p> In recent weeks, statements about the threat of a Russian invasion have been heard in the West and Ukraine. Kremlin spokesman Dmitry Peskov called allegations of aggressive behavior or intentions of Moscow absolutely groundless. “We fear that this escalation may be an attempt to hide our own preparations for a military solution to the Donbass problem,” he said.