Deputy Foreign Minister Ryabkov: the situation in the EU will be one of the main topics of contact between Putin and Biden 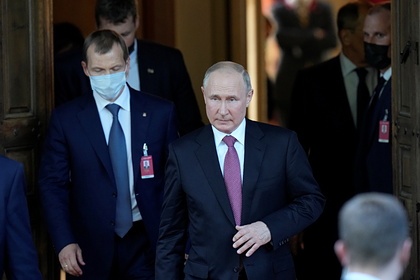 one of the main topics of future contact between Russian President Vladimir Putin and his American counterpart Joe Biden. This was stated by Deputy Foreign Minister Sergei Ryabkov on the air of the Big Game TV program on Channel One.

The diplomat stressed that dialogue between the leaders is necessary, since problems in bilateral relations are multiplying. “There is no movement on bilateral affairs, which are increasingly moving into the phase of an acute crisis,” he said. In particular, according to Ryabkov, there is no understanding between Moscow and Washington on how to de-escalate the situation in Europe.

The Deputy Foreign Minister said that Russia and the United States are doing normal work only in isolated areas that relate to dialogue on cybersecurity and strategic stability. “Presidents need to give impetus to their teams to move things further in other directions,” he concluded.

Earlier, White House spokeswoman Jen Psaki said that Washington is not yet able to answer the question of possible further new contacts between Putin and Biden. She noted that during the summer summit in Geneva, the United States maintains high-level contacts with Russian colleagues.