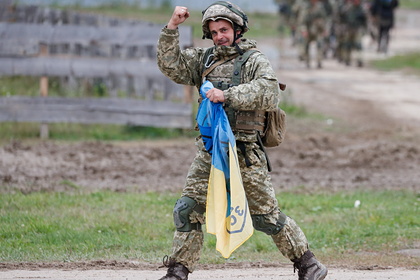 Ukraine's NATO membership will become a red line for Moscow. This was written by the official representative of the Russian Foreign Ministry Maria Zakharova in her commentary posted on the department's website.

“Sanctions are for life” The US threatens Russia with new sanctions. Who makes these decisions and how? 00:01 – December 1

Ministry of Friendship. Russia is trying to find new allies. Why is it so difficult to do this without military assistance and loans?

Her statement concerned the meeting of NATO foreign ministers held in the Latvian capital Riga. Zakharova noted that the meeting demonstrated the North Atlantic Alliance's obsession with imaginary threats to the detriment of a joint solution to the real challenges of our time. In particular, this concerned Russia's alleged “aggression” against Ukraine.

“Continued pulling of Kiev into the military orbit of the alliance, NATO's de facto development of the military infrastructure of this country, the desire to turn it into a springboard for confrontation with Russia are fraught with serious negative consequences,” Zakharova said. She stressed that such actions of the alliance destabilize the military-political situation in Europe.

The Foreign Ministry spokeswoman recalled that after the end of the Cold War, NATO promised Russia not to advance jurisdiction and military forces to the East. However, according to Zakharova, these promises were not fulfilled. In this she saw the reason for the allegedly sad state of European security.

“We are convinced that the only option for resolving the current situation is to jointly develop long-term agreements that exclude any further NATO moves eastward,” the Foreign Ministry spokeswoman concluded. p>

Earlier, at a meeting with US Secretary of State Anthony Blinken, Russian Foreign Minister Sergei Lavrov announced the possibility of restoring the Russian-American dialogue on Ukraine. According to him, Moscow could unite with Washington to resolve this crisis.