In England, a ferret escaping from the owners froze and decided to bask in the bed by a sleeping couple 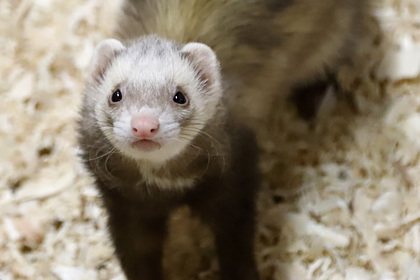 In South Bristol, England, a lost ferret entered home to sleeping strangers to warm in their beds. This is reported by the Bristol Post.

Presumably, the beast escaped from the owners, and when it appeared on the street, it froze, got wet and decided to warm up. The animal entered the sleeping British house through the cat door and climbed into a warm bed.

Fantastic Beasts. Cute-looking animals can harm entire continents. Why are people to blame for this? 00:02 – April 11

What kind of game Russians have dangerous animals and brag about it on YouTube. Why are they doing this?

The British did not immediately wake up and noticed the lost ferret, as they have pets that periodically come at night. After the couple found the intruder, they called the veterinary clinic and asked to pick up the animal.

After being examined by doctors, the ferret was transferred to an animal rescue center to look for old or new owners. Soon the family of the animal was found, and the fugitive will soon be taken home.

Bristol Animal Rescue Center has updated its guidelines for keeping ferrets: these active animals need a large cage and additional area to play. The premises must be safe, as the animals are very active and curious. Ferrets do not like heat, the optimal temperature for them is from 15 to 21 degrees.

Also, the staff of the center advised not to forget that ferrets are predators, and it is better to keep other pets, for example, rodents and rabbits, away from them … These animals love to dig, so they'll love a container of rice or soil that can be dug.

Earlier it was reported that a Welsh woman woke up with an unfamiliar dog in her own bed. After the video was posted on Facebook, the dog's owners contacted her, and the woman happily returned her.