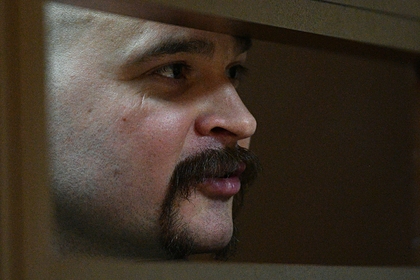 SIZO, charged with murder posthumously. This was reported on Thursday, December 2, by the Telegram channel “112”.

It is also noted that on December 2 Tesak's father Sergei Martsinkevich was officially recognized as his representative. He refused to terminate the criminal case “in connection with death on non-rehabilitating grounds.” .

In October, it became known that, shortly before committing suicide in the Chelyabinsk pre-trial detention center, Martsinkevich issued nine confessions at once, testifying against his comrades-in-arms. Thanks to the testimony, experts solved several murders that were committed in 2003.

On September 16, 2020, Tesak was found dead in a solitary confinement cell, where he was temporarily for further transfer to Moscow. According to the official version, the nationalist committed suicide, but a suicide note found in his mouth says that he feared for his life and did not intend to commit suicide. In the last note found in the mouth of the nationalist, he admitted that he gave false testimony during interrogation. According to Tesak, he was not involved in the murder of a citizen of Tajikistan and a native of Dagestan and regrets that he incriminated himself and two of his acquaintances.