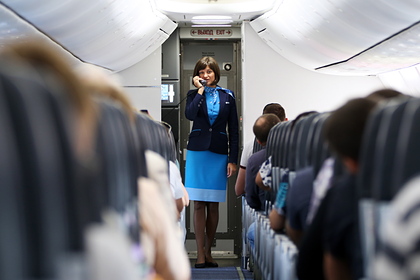 flight attendants of special means of restraint to airboats. REN TV reports this.

“We will leave the list of these special means under the editorship of the government. The first thing that we discussed in the form of special tools was handcuffs. They would [be able to] successfully replace those stockings, those scarves that are used to detain violators, “said State Duma deputy Alexander Starovoitov. spray cans. According to the pilots, such effective methods are necessary to combat hooligans on board aircraft, since “a towel, or a napkin, or a harness is not a way to neutralize.”

Earlier in November, a member of the Sheremetyevo flight attendants union Ilona Borisova proposed a new way of dealing with violent and mentally inadequate aircraft passengers. She stated that in Russia it is necessary to create a service of “air marshals” – specially trained people who can quickly “twist” a person in an emergency.