Senator Pushkov: Stoltenberg is mistaken, speaking about the absence of a sphere of interests of Russia 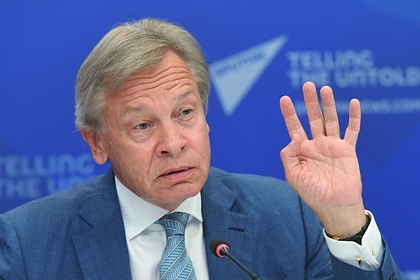 NATO Secretary Jens Stoltenberg on the unacceptability of the thesis that Russia has its own sphere of interests.

In his opinion, Stoltenberg is mistaken. Pushkov said that Russia has a sphere of interests – the interests of its security and economic development.

“The opinion of a representative of an organization that does not include Russia is insignificant for us. It is not for him to determine our rights. Let him tell the Americans about the inadmissibility of having spheres of influence thousands of kilometers from the shores of the United States, “he wrote.

Earlier, Jens Stoltenberg said that the thesis about the sphere of interests of Russia is unacceptable and causes caution, since all the country's neighbors are sovereign states. According to the secretary general, the recognition of this fact is tantamount to the actual recognition of Moscow's right to control the actions of its neighbors. “And this is the world to which we do not want to return. A world in which large countries could impose restrictions on what sovereign independent nations could do, “the head of the alliance emphasized.