Head of the UGCC Svyatoslav Shevchuk: Pope Francis is expected to visit Ukraine 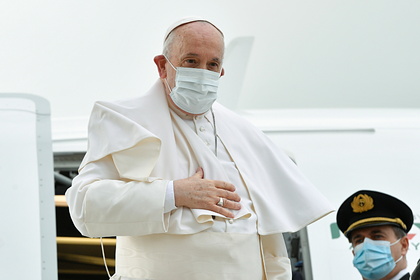 Pope Francis is going to visit Ukraine. This was announced by the head of the Ukrainian Greek Catholic Church (UGCC) Svyatoslav Shevchuk during the Kiev Security Forum, Evropeyskaya Pravda reports.

“We have good news. We expect his visit to Ukraine to take place. This has not yet been announced, but we are already living in anticipation and preparation, “the head of the UGCC said.

He called the upcoming visit of the pontiff a very powerful signal of support for Ukraine.

Shevchuk said that a few weeks ago I spoke with Francis, who was very worried about the fate of ordinary people in Ukraine. “The Holy Father was very interested in how the Ukrainian people live, and he is really deeply involved in this,” the head of the UGCC noted.

Pope Francis had previously sent his condolences in connection with the explosion at the Listvyazhnaya mine in the Kemerovo region .