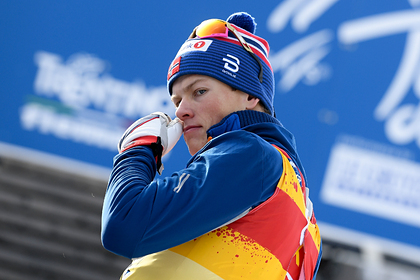 Russian skier Alexander Terentyev told victory in the sprint at the first stage of the World Cup in Ruka. His words are quoted on the page “On skis!” on VKontakte.

The athlete said that the leader of the Norwegian team, Johannes Klebo, did not congratulate him either at the finish or on the podium. “I just shook my hand. He was silent, and during the awarding ceremony, frustration was read in his eyes, ”he said. Terentyev added that he will try to work to the maximum, since after the victory he felt special attention.

On November 30, Italian skier Federico Pellegrino shared his opinion on the reasons for the tensions between Russian and Norwegian athletes. In his opinion, the disagreements are related to the not entirely clear rules of the International Ski Federation (FIS).

Terentyev won the classic style sprint race at the World Cup stage in the Finnish Hand on November 26. The Russian athlete covered the distance in 2 minutes 31.9 seconds. In second place is Klebo, 1.1 seconds behind the leader.