Lawyer Dobrynin: Rashkin could face a fine or a suspended sentence for killing an elk 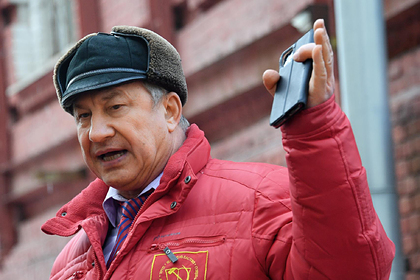 hunting), the deputy from the Communist Party of the Russian Federation, Valery Rashkin, faces a fine or a suspended sentence, since he is being prosecuted for it for the first time. However, in modern legal practice, there are cases when the accused under this article received real terms. So, in a conversation with Lenta.ru, Alexey Dobrynin, managing partner of the St. Petersburg office of the Pen & Paper bar association, assessed Rashkin's chances of avoiding prison.

investigated and brought to its logical conclusion. If we are talking about a guilty verdict, then based on the practice of such cases, the person who first committed such a crime can be prosecuted in the form of a fine or conditional conviction, “he said.

At the same time, the lawyer noted that 12 out of 934 people convicted under this article over the past three years received real sentences.

Earlier, a specialist in the field of civil law, general director of the Yuryev Legal Bureau, Rodion Yuryev, told Lente.ru that the maximum punishment was under article 258 of the Criminal Code of the Russian Federation is imprisonment for up to five years.

On Thursday, December 2, it became known that the head of the Investigative Committee of Russia, Alexander Bastrykin, opened a criminal case against Rashkin under part 2 of article 258 of the Criminal Code of the Russian Federation. According to investigators, on the night of December 28-29, the deputy and his acquaintance hunted an elk without permission. They butchered the carcass of the killed animal and put it in the trunk of the car.

The defense believes that there was no corpus delicti in Rashkin's actions, and the case itself has a political component. At the same time, the lawyer noted that formally the head of the Investigative Committee had the right to initiate a case against the deputy.