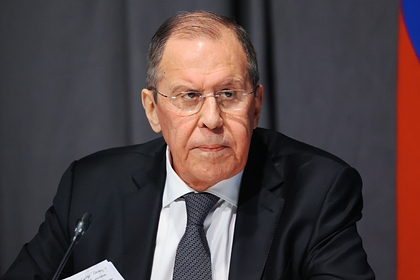 According to the minister, earlier Moscow had put forward some proposals to Washington, but on Thursday, December 2, he told the Secretary of State that it would be ideal to cancel all the previously imposed restrictions. Lavrov suggested to Blinken “to return to the normal, respectful functioning of our diplomatic missions.”

The head of the department hoped that “all the same it will reach our American colleagues, which is neither in theirs nor in our interests to continue this situation.”

Lavrov added that At the moment, Russia does not really see the willingness of the negotiating partners to take constructive steps.

Earlier, the representative of the Russian Foreign Ministry Maria Zakharova threatened to deport a number of US diplomatic missions from Moscow by July 1, 2022, if Washington does not refuse three-year rule and will not compromise. This is how the diplomat reacted to the US demand for 54 Russian diplomats, who were obliged to leave the country in 2022 at the end of the three-year limit. “We regard the American demand precisely as expulsion and intend to react accordingly,” Zakharova announced.

Deputy Head of the US Department of State Press Service Jalina Porter, in turn, said that the departure of Russian diplomats, scheduled for 2022, should not be considered expulsion or punitive measures.