Russian Foreign Minister Lavrov: we will react if new sanctions follow from the US 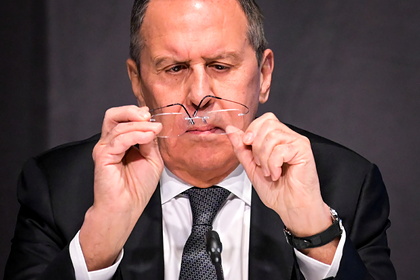 Moscow will retaliate if new sanctions are imposed by USA. This was stated by Russian Foreign Minister Sergei Lavrov, TASS reports.

“America is looking external enemies “Why, 150 years after the Civil War, the United States again found itself on the brink of a split? 00:01 – December 1 find new allies. Why is it difficult to do this without military assistance and loans?

“If new, as they said, hellish sanctions follow, then, of course, we will react. We cannot but react, ”the head of the Foreign Ministry promised. However, he did not specify what kind of reaction from the Russian side would follow. According to Lavrov, Russophobic sentiments in NATO and the European Union do not allow Western countries to move away from confrontation and do important things.

The diplomat refused to guess what steps the West would take with regard to Russia. He noted that sanctions are an illegitimate unilateral measure and a dead-end path that will turn against those who initiated it. “Our Western colleagues have absolutely lost the culture of dialogue, diplomatic negotiations, reaching consensus, the ability to creatively seek a balance of interests,” the minister concluded.

Earlier, Lavrov said that the US government seized and controls the diplomatic property of the Russian embassy in Washington. He also noted that embassy employees are not allowed to work places so that they can understand “what is happening there now.”