Sergey Lavrov: NATO will soon be unable to “swallow” new members and is trying to split Europe 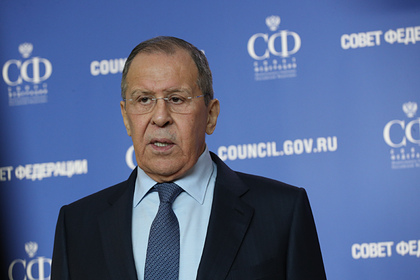 Head of the Russian Ministry of Foreign Affairs (MFA) Sergey Lavrov said that the North Atlantic Alliance (NATO), trying to split Europe and replenish its ranks, will soon be unable to “swallow” new members. This is reported by TASS.

On the sidelines of the meeting of the OSCE Council of Foreign Ministers (CFM), Lavrov commented on the statements of the Russian leadership on the advisability of starting substantive negotiations to achieve legal guarantees of NATO's non-expansion to the East. He drew attention to the fact that the alliance categorically refused to do so. “It was said bluntly, officially: legally binding security guarantees can only be provided to NATO members. We asked: how is that? Your leaders – the president, the prime minister – have signed a political commitment. Is their word worthless? There was no response to this, “Lavrov said.

According to him, this principle – “either you are with us, or you are with Russia”, which began to emerge in the 90s, is also manifested in NATO's position in relation to the principle of the indivisibility of security. Lavrov pointed out that this is another attempt to split Europe and “drag as many countries as possible into our ranks.” “NATO will soon be unable to swallow them. And instead of adding security to this alliance, the alliance is no longer so monolithic from the point of view of its initial tasks of ensuring territorial defense, “the minister noted.

Lavrov added that” the new acquisition represented by many Eastern European countries ” didn’t add, and maybe even reduced “the ability of the alliance to be a combat-ready unit and actively defend itself”. He urged “to think about the principles that we all supported and proclaimed.” According to him, NATO's activities to escalate the situation on the Russian borders continue.