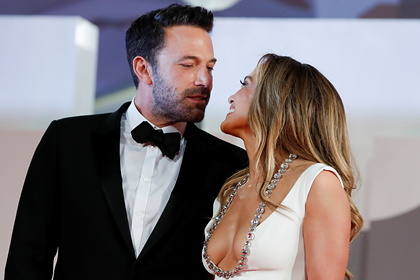 Journal, in which he first spoke about the reunion with singer and actress Jennifer Lopez.

The artist called the reconciliation with Lopez “a beautiful story”, but stressed that he did not want to reveal the details of their relationship. “You can speculate about this [novel], but this is one of the hardest lessons I've learned. I realized that it was unwise to share everything with the rest of the world. I know that I am more comfortable with healthy boundaries in my life, within which I communicate frankly and friendly with you, but I just do not want to talk about my personal relationship with the press. I want to show a little restraint. But I can say that it is definitely beautiful for me, “Affleck noted.

He joked that he might one day write this story and then burn it. The actor also added that he was lucky as he got a second chance both in his career and in his personal life.

In August, the paparazzi spotted Ben Affleck while buying an engagement ring. Affleck and Lopez dated in the 2000s. In 2002, the artist invited the singer to marry him, but the wedding did not take place, and two years later the couple broke up. Celebrities reunited in 2021.