TASS: police detained an armed man at the UN headquarters in New York 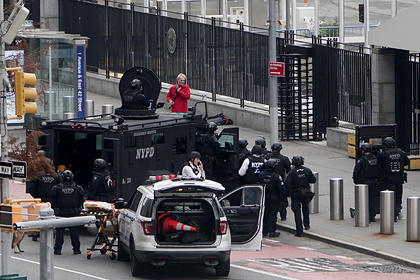 Police detained an armed man at the UN headquarters in New York. On Thursday, December 2, TASS reports with reference to a city police representative.

According to law enforcement officers, the man was detained, there is no threat to the public.

The police also advised citizens to avoid the area of ​​the incident despite the arrest of an armed man.

Earlier, a video from the scene appeared. It was also reported that an armed man pointed a weapon at himself.

On December 2, police received several reports of an armed man near the headquarters of the organization. All UN staff were called on to hide inside the headquarters, the complex was closed. Later, law enforcement officials said that there was no threat to employees and passers-by.