MMA fighter Alexander Emelianenko: I fight for an idea, not for money 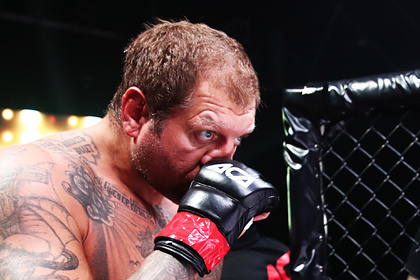 Russian mixed style (MMA) fighter Alexander Emelianenko said that he takes part in fights for the sake of an idea, and not for the sake of money. The athlete named motivation for continuing his career in the program “50 Questions. Sport “, coming out on the PREMIER platform.

” I fight for the popularization of sports, for the promotion of mixed martial arts, for people to go to the gym and put themselves in order. We learned to stand up for ourselves at least on the street, ”said Emelianenko. According to the athlete, every man should be able to fight.

Emelianenko also stressed that he agreed to fight with rapper Dzhigan, including for the sake of popularizing MMA. “He, moreover, is a master of sports of Ukraine in kickboxing, that is, he has an idea of ​​martial arts,” the Russian added.

Dzhigan should become the next rival of Emelianenko. The athlete's manager Azamat Bostanov said that his ward and the musician are ready to fight, but the contract for the fight has not yet been signed.