FSIN for the Samara Region: On December 2, prisoner Radik Gaifutdinov escaped from IK No. 6 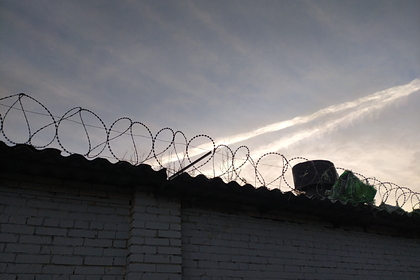 From correctional colony No. 6 in the Samara Region on Thursday , December 2, a prisoner escaped. This is reported by TASS with reference to the press service of the Federal Penitentiary Service for the Russian region.

As told in the department, we are talking about convicted Gaifutdinov Radik Talgatovich, born in 1979. He was convicted under Part 1 of Article 226 of the Criminal Code of the Russian Federation (theft or extortion of weapons, ammunition, explosives and explosive devices) and sentenced to 5 years and 10 months in prison.

The leadership of the Federal Penitentiary Service of Russia for the Samara Region left for the colony … Arrangements have been organized in accordance with the personnel action plan in emergency situations. Interaction has been established with the regional and territorial OVDs for the search and detention of the convict. The operational situation in the colony is controlled.

Earlier in the Novosibirsk region, 33-year-old Russian citizen Alexei Alekseev, who has been convicted on several occasions, escaped from the maximum security colony-settlement No. 8. He was put on the wanted list. In 2012, Alekseev was twice prosecuted for theft, he received six months of a real term and two years of probation. In 2014, he was sentenced to imprisonment for six episodes of robbery and robbery.