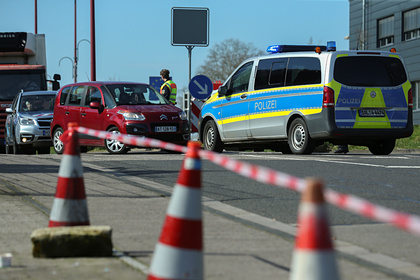 saber on two female police officers. This is reported by France Bleu.

According to the newspaper, law enforcement officers were going to arrest the attacker for stealing a car. It is noted that he got out of the car in a ninja costume and was holding a katana – a long Japanese sword. A man wounded one of the women in the chin, and hit her colleague on the head.

To neutralize the attacker, a third policeman opened fire on him. The attacker was seriously injured. The injured policemen were taken to the hospital, where they were treated.

Earlier, in November, it was reported that in Norway an unknown person tried to attack passers-by with a knife and attacked a police patrol in Oslo. As a result of the attack, one of the officers was wounded. The law enforcement officer shot at the attacker, because of which he subsequently died. Later it became known that he turned out to be a Chechen with Russian citizenship.