Rada MP Nalyvaichenko: Zelensky's negotiations with Putin must be coordinated with the United States 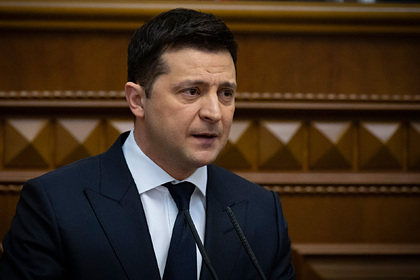 Ukraine is not ready for direct dialogue with Russia. This was stated by the deputy of the Verkhovna Rada from the Batkivshchyna faction Valentin Nalyvaichenko, Interfax-Ukraine reports.

He criticized the statement of the President of the Republic Volodymyr Zelensky about his readiness to negotiate with his Russian counterpart Vladimir Putin and pointed out that such plans must first be coordinated with the “international partners”.

“The Normandy Four does not work, since the chancellor will appear in Germany in a week, that is, neither Germany nor France has coordinated this,” Nalyvaichenko explained. The MP added that for such a dialogue, one also needs to know the “clear position” of the United States and Great Britain on “with what and how to talk with Russia.”

Earlier, during his annual message to Ukrainian parliamentarians, Volodymyr Zelenskyy announced he has no fear of negotiations with Vladimir Putin. At the same time, he noted that direct dialogue with Russia is needed to end the conflict in Donbass.