Kommersant: The Prosecutor General's Office opened 180 administrative cases after inspections at the mines of Kuzbass 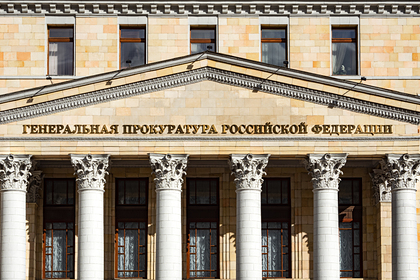 the explosion killed 51 people, the Prosecutor General's Office checked the coal enterprises of Kuzbass and opened 180 administrative cases on the fact of 449 violations found. Kommersant writes about this.

In addition, 19 submissions were made to eliminate violations, one protest and two warnings. At present, the supervising department, together with the Ministry of Emergency Situations, Rostekhnadzor, Gospozhnadzor and representatives of the Kemerovo Region government, have checked 31 mines.

There are 40 mines, 56 open-pit mines and processing plants in Kuzbass. Among the violations, there was a shortage of workers at the sites, inoperative systems for delivering employees to the sites, and inconsistency between workings and schemes. It also revealed an incorrect assessment of working conditions, lack of safety instructions, lack of provision of personnel with personal protective equipment and overalls.

In the field of fire safety, cases of inconsistency of evacuation plans, electrical wiring failures, and more were found. Based on the results of the inspection, prosecutorial response measures will be taken.

The Governor of the Kemerovo Region, Sergei Tsivelev, in turn, said that there were no gross violations in the work of enterprises. Currently, they are all functioning, the identified shortcomings are not grounds for permanent closure of mines. The temporary closure has already taken place pending the elimination of the comments, the head of the region added.

The methane explosion in the Listvyazhnaya mine took place in the morning of November 25. As a result of the emergency, 51 people died, including five mine rescuers. A criminal case was initiated, five suspects, including the director of the mine, were arrested. The families of those killed at Listvyazhnaya will receive one million rubles each from the Social Insurance Fund.

It was reported that the mine authorities glued the sensors from the inside with double-sided tape so that they would show underestimated gas readings. Rostekhnadzor will check the information after reports from miners about sealed gas sensors at the Listvyazhnaya mine in Kemerovo.