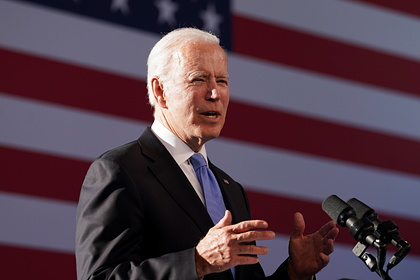 American political scientist Malek .ru “a probable solution to the crisis in diplomatic relations between the United States and Russia.

” I would like to hope that at the upcoming summit of the presidents of the two countries, which, apparently, will be held online, this topic will be raised, and we will see certain agreements that will nevertheless be respected, because, as we understand, those agreements on the work of diplomats that were concluded at the Geneva summit were not implemented in the end, “Dudakov said.

The political scientist named US and Russian actions to expel each other's diplomats with “typical diplomatic ping-pong”. He also noted that in the current situation there are no right and wrong, and they lose from the fact that they do not organize the work of diplomatic embassies.

Earlier, the representative of the Russian Foreign Ministry Maria Zakharova threatened to deport a number of diplomatic missions by July 1, 2022 USA from Moscow in case Washington does not abandon the three-year rule and does not compromise. This is how the diplomat reacted to the US demand for 54 Russian diplomats, who were obliged to leave the country in 2022 at the end of the three-year limit. “We regard the American demand precisely as expulsion and intend to react accordingly,” Zakharova announced. Earlier, the deputy head of the press service of the US State Department, Jalina Porter, said that the departure of Russian diplomats, scheduled for 2022, should not be considered as expulsion or punitive measure.