Political scientist Dudakov: the deterioration of diplomatic relations between Russia and the United States is unprecedented 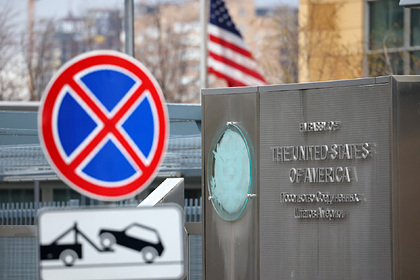 American political scientist Malek Dudakov called the deterioration of relations between the United States and Russia unprecedented. He stated this in a conversation with “Lenta.ru”, commenting on the statement of the official representative of the Russian Foreign Ministry Maria Zakharova about the possible expulsion of a number of US diplomatic missions from Moscow if the United States does not compromise on Russian diplomats in Washington.

“This is undoubtedly an indicator of how badly diplomatic relations between Moscow and Washington are now, even against the backdrop of the Cold War. I think that this is an unprecedented story, if you do not take the hottest periods, “- said Dudakov.

In the history of relations between the Soviet Union and the United States, there were precedents of this kind, but they always took place in conditions of some serious international conflicts, for example, the war in Afghanistan or the Cuban missile crisis, the political scientist noted.

“Now we see a general deterioration in relations between Moscow and Washington on all fronts: from the Middle East to sanctions, Ukraine, Belarus, but there is no one big conflict, a big war. We just see a rapid degradation in relationships everywhere. This, of course, is a cause for concern, “Dudakov concluded.

Earlier on December 1, Russian Foreign Ministry spokesperson Maria Zakharova threatened to expel a number of US diplomatic missions from Moscow by July 1, 2022 if Washington did not refuse from the three-year rule and will not compromise. This is how the diplomat reacted to the US demand for 54 Russian diplomats, who were obliged to leave the country in 2022 at the end of the three-year limit. “We regard the American demand precisely as expulsion and intend to react accordingly,” Zakharova announced. Earlier, the deputy head of the press service of the US State Department, Jalina Porter, said that the departure of Russian diplomats, scheduled for 2022, cannot be viewed as expulsion or punitive measures.