Sheriff's office Santa Fe: on the set of “Rust” with Baldwin could use live ammunition 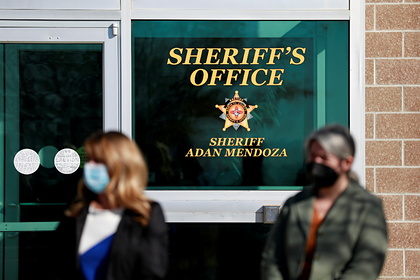 The site of the western “Rust” with director Alec Baldwin, where cameraman Galina Hutchins died as a result of the shooting incident, live ammunition could be used, TASS reports.

The Santa Fe Sheriff's office at New Mexico headquarters said Interrogating members of the film crew, they recorded several confirmations that live ammunition was used on the site. Sarah Zahri, who was responsible for the props, said that after the tragedy she was examining a box of ammunition that was supposed to be props.

According to Zahri, the dummy cartridges are outwardly identical to the combat ones, but they are not suitable for shooting. In addition, they have a typical rattling sound when touched. The patrons did not make such a sound, said the props officer.

Tell Reed, the father of weapons manager Hannah Gutierrez-Reed, said he also worked on set in August-September 2021. He said that on one of the days during this period, a training session was held for the actors in shooting using live ammunition. At the request of PDQ Arm & Prop employee Seth, Kenny Reed brought additional homemade ammunition from a friend.

At the same time, during interrogation, Kenny admitted that there could be homemade live ammunition on the set. He said that he received a box of such ammunition from a friend, but that it was “a couple of years ago.” Now the sheriff's office plans to organize a search of the PDQ Arm & Prop in order to find out what cartridges and for what purposes were supplied to the set. Until now, no one has been charged with this incident.

On October 22, during the filming of one of the scenes of the Western “Rust”, Alec Baldwin fired a pistol that was supposed to be loaded with blank cartridges. but they turned out to be fighting. As a result, cameraman Galina Hutchins died, the film's director Joel Sousa was injured.