In the Norwegian commune of Eigarden, two patients with the omicron-strain were found 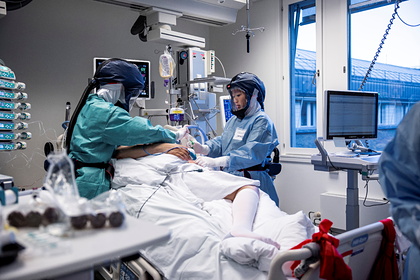 Two residents of the Norwegian commune of Eigarden became infected with the new coronavirus carriers this type of infection in the country. This was reported on the commune's website.

The commune authorities said that citizens infected with the new variant of COVID-19 have recently traveled to South Africa. Eigarden Mayor Tom Georg Indrevik said the municipality has already contacted the Norwegian National Institute of Public Health and is ready to take precautions to stop the spread of the disease.

To date, a decree has already been issued in Eigarden, which obliges residents of the commune to wear masks in public places and sanitary passes in restaurants. In addition, the authorities of the municipality received additional instructions on further measures from the Ministry of Health of Norway.

Earlier, a new mutation of the delta strain of coronavirus was discovered in Norway, which was assigned the code name AY.63. The Public Health Institute said this delta variant is no more dangerous than other mutations. In addition, the vaccine has been shown to be effective against it.