A Red Book bison was spotted in the Bryansk Region 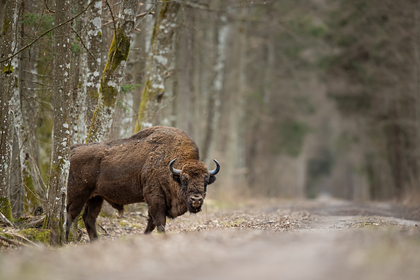 In the Navlinsky District of the Bryansk Region, not far from the Zhuravka horse complex, a Red Book bison was spotted. This was reported by RIA Strela.

It is noted that the animal found food in the fields and stayed there.

According to the newspaper, cases when bison leave the reserve, have become commonplace. “The head of the equestrian club, noticing a horned one wandering towards them, immediately turned to the reserve, because a lonely bison can become the prey of poachers,” the message says.

Most of the bison are located on the territory of the reserve, but there are several places, where adult males leave from time to time – these are the villages of Saltanovka, Borshchovo, Vzdruzhnoe of the Navlinsky district, the villages of Voronov Log and Krasny Kolodets of the Brasovsky district, as well as the village of Novaya Guta within the borders of the Desnyansko-Starogutsky national park (Ukraine).