Putin: Russia and its partners insist on the inadmissibility of NATO's eastward expansion 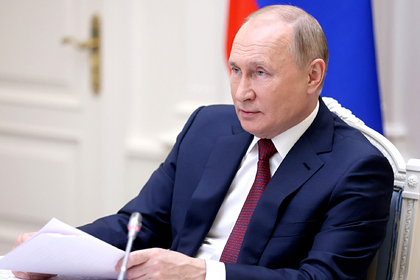 Russia and its partners will continue to insist on the inadmissibility of NATO eastward expansion. The North Atlantic Alliance must provide appropriate legal guarantees, urged Russian President Vladimir Putin. The quote is given by RIA Novosti.

“Our relations are nowhere worse” the brink of a new cold war. Why is it not considered important in America? 00: 02 – October 13

“Sanctions are for life” The US threatens Russia with new sanctions. Who makes these decisions and how? In his opinion, the guarantee of non-expansion can only be legal, since NATO members “did not fulfill their oral obligations.” to form “an atmosphere of good-neighborliness and partnership in the post-Soviet space.” However, he is convinced that NATO, on the contrary, is determined to actively confront Moscow.

The North Atlantic Alliance and Russia in October 2021 mutually expelled their diplomatic staff. The aggravation happened at the filing of Secretary General Jens Stoltenberg, who reduced the number of the Russian mission in Brussels to 10 people. Russia believes that the alliance is actively making plans to expand, including to Central Asia.