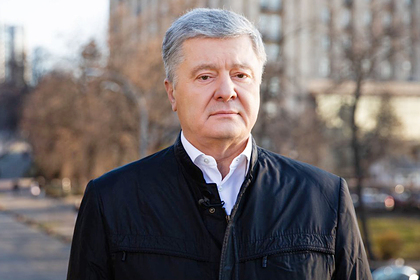 Former President of Ukraine Petro Poroshenko called on the West to urgently introduce new sanctions against Russia … Interfax-Ukraine reports this on Wednesday, December 1.

“The EU, the US must appoint each new representative who will urgently develop a list of sanctions that some need to be adopted now, while others – hellish sanctions for [Russian President Vladimir] Putin – when he decides on the second stage of aggression, “Poroshenko said at the Kiev Security Forum.

According to him,” the price of aggression for Putin should become exorbitant and unbearable. ” “At a minimum, the West must demonstrate exactly what will happen in the event of an expansion of aggression,” the ex-president said.

Earlier, Poroshenko called for “hellish” sanctions against Putin and President of Belarus Alexander Lukashenko because of the migration crisis on the border of the European Union.

In recent weeks, statements have been made in Ukraine about the threat of an attack from Russia. The Kremlin stressed that they are not hatching aggressive plans.