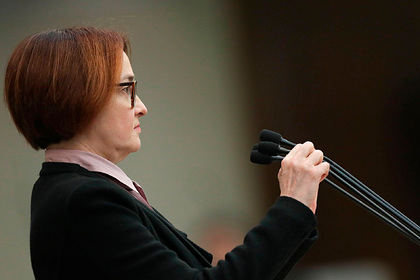 British Prime Minister Margaret Thatcher, who was called the “Iron Lady”. The corresponding comparison was offered by the head of VTB Andrey Kostin, writes RBC.

Answering the question about his expectations from the next meeting of the Central Bank, where the key rate may be raised again, he indicated that he was guided by the statements of Nabiullina. “We think the way Elvira Sakhipzadovna thinks. A woman of steel, like Thatcher: she said – she did. We believe it will rise. We believe that 8.5 percent, we hope that this limit will be, “- said Kostin.

The head of the Central Bank said on November 30 that the rate will remain at the level of 7.5 percent is unlikely. “We will consider from zero to 100 [basis points], we will consider the decision [at the key rate] in this range,” she explained. Nabiullina also pointed out that the Central Bank still expects to return inflation in the country to the target of 4 percent by the end of 2022.

Russian billionaire Oleg Deripaska argued with the policy of the regulator advocating an increase in rates. “You are constantly moving the demand curve down, and it seems to you that in this way your equilibrium point will also shift. And we need to provide an offer, ”he said. According to the billionaire, the current level of rates does not allow achieving this. According to Deripaska, now it is necessary to increase the supply, pour money into logistics so that the goods “move faster.”