European Commissioner: migrants in Belarus can apply for asylum only from bordering countries 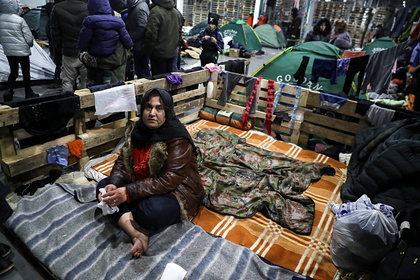 Migrants who arrived at the border can apply for asylum only in countries bordering on the republic – Poland, Latvia and Lithuania. They are forbidden to ask for the appropriate status in third countries of the European Union, said European Commissioner Margaritis Shinas. The quote is given by RIA Novosti.

“If they do not apply for asylum in one of the three countries, they can also do it in Belarus itself, because it has joined the Geneva Convention relating to the Status of Refugees. Or they can go home, “he said.

Vice President of the European Commission Ilva Johansson explained that illegal immigrants cannot choose the country where to seek asylum, since they have no legal basis to stay in the EU. However, an exception can be made for those who may face problems upon returning to their home country. As an example, Johansson cited the Belarusian opposition.

As an aid to the countries bordering Belarus, the European Commission will simplify the procedure for obtaining permission for migrants to obtain asylum in the European Union.