A farewell ceremony for musician Alexander Gradsky has ended in Moscow 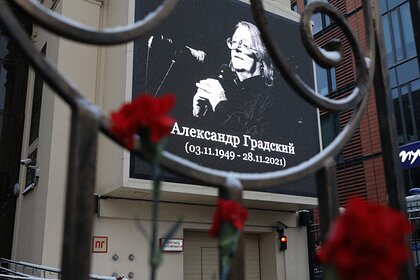 A farewell ceremony for musician Alexander Gradsky has ended in Moscow. This was reported by RIA Novosti.

The funeral event was held in the capital's theater “Gradsky Hall”, in which the artist served as artistic director since its inception. The musician will be buried at the Vagankovsky cemetery.

Earlier it was reported that at the farewell ceremony, Gradsky's son Daniel hinted at attempts to take away the Gradsky Hall founded by his father from his family.

Gradsky died in Moscow on November 28 … He was taken to hospital with suspected stroke. The coronavirus infection suffered by the artist in September led to a deterioration in health. The musician was 72 years old.