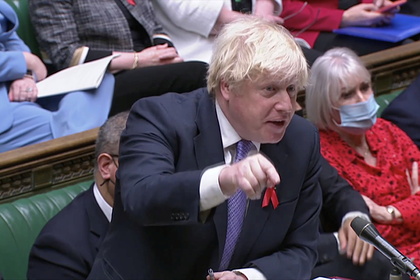 British Prime Minister Boris Johnson admitted that his country could withdraw from the European Convention on Human Rights in order to more effectively combat illegal migration across the English Channel. His words are reported by TASS.

Here is the right turn. Who in Europe is called Hitler's heirs and why because of them the society was on the verge of split00: 01 – November 3 – a stranger. Europe has accepted millions of refugees. Why are they now hated, considered terrorists and want to drive them out?

The abandonment of common European principles of human rights may not be the only way to prevent illegal entry of refugees into Foggy Albion. Johnson, speaking before the House of Commons of the British Parliament, promised to explore all the possibilities “on the human rights track.” Johnson assured a party member that in the near future the UK Home Office will propose to Parliament to toughen the punishment for those who illegally cross the state border.

Amendments by the British Home Office to the state border law will also establish punishment in the form of life imprisonment for those who assists illegal immigrants. Johnson, during his speech, called on the leader of the opposition Labor Party, Cyrus Starmer, to support this government initiative.

Earlier, French President Emmanuel Macron criticized Boris Johnson's approach to resolving the issue of illegal migration and called his methods of dealing with the crisis frivolous. Johnson, in turn, suggested that the French leader take illegal immigrants back to his place, and not send them across the English Channel.