Izvestia: Germany and the USA are discussing measures against the Russian Federation using energy as a weapon 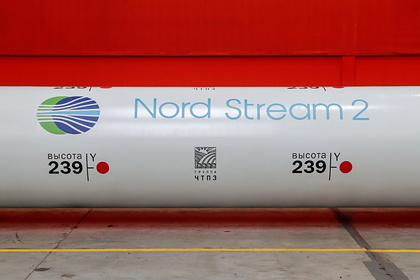 measures against Russia if it uses energy as a weapon. The Foreign Ministry of the Federal Republic of Germany told Izvestia about this.

This is how the Ministry commented on the publication of an unofficial document on the Axios portal, which discussed the appeal of the German Embassy in Washington to the US Congress, dated November 19, with a request to waive sanctions against the Russian gas pipeline Nord Stream 2.

“The authenticity of the document has not yet been confirmed, but in many respects this coincides with the rhetoric of the federal government,” said Steffen Kotrets, a member of the Bundestag from the Alternative for Germany party. He noted that this document is partly a manifestation of the policy of appeasement.

At the same time, it would be more logical to interpret the document as “protecting one's own interests.” “Germany has long yielded to US pressure, which is contrary to international law. And now we need to suspend actions against export guarantees that are important for the economy, “the politician said.

On November 23, Secretary of State Anthony Blinken announced that the United States will impose sanctions against two ships and one company that are involved in the implementation of the gas pipeline project. Nord Stream-2 “. Press Secretary of the Russian President Dmitry Peskov called the sanctions illegal and wrong, and also stressed that the Kremlin treats them negatively.