Code of Civil Procedure of Belarus: Poland's message about firing from pneumatic weapons is a provocation 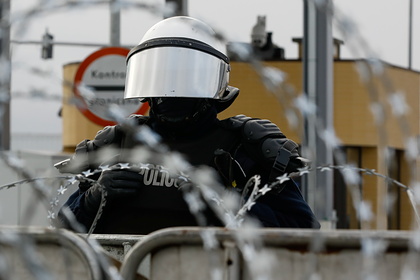 pneumatic weapons on lighting masts at the border. The message was published on the ministry's Telegram channel.

“The message posted on December 1 by the Polish Ministry of Defense on Twitter is nothing more than a provocation. Probably, the Polish side is not satisfied with the relative lull, and now it is aimed at further escalation of tensions on the border, “- said the GPK.

The border committee stressed that the best examples of pneumatic weapons provide accuracy at a maximum of 70 meters .

“In the area specified by Poland, the distance from the border to the Polish lighting masts exceeds the distance at which an aimed shot from pneumatic weapons can be fired, which, along with the senselessness of such actions, makes it impossible to damage them from the territory of Belarus,” said in the message.

The CPC also claims that the Belarusian border patrols serve only with military weapons.

“Poland is deliberately disseminating fake information in order to hide from the public the real picture of the events taking place on the border and to justify their illegal actions, “the department concluded.

Earlier, the Polish Ministry of Defense said that the lighting masts at the border were fired upon from the territory of Belarus from pneumatic weapons. The headlights on them were completely destroyed. The Belarusian military attaché will be summoned for the investigation.