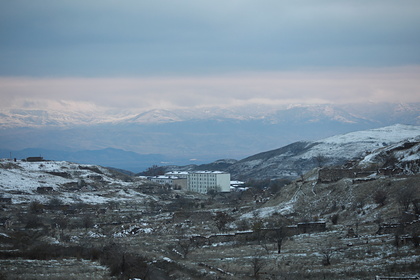 On December 1, Moscow will host a meeting between Deputy Prime Ministers of Armenia and Azerbaijan Mher Grigoryan and Shahin Mustafayev with the mediation of Russian Deputy Prime Minister Alexei Overchuk. The parties will discuss a plan to normalize economic ties in Nagorno-Karabakh, the first step of which should be the unblocking of transport communications in the region. A new round of talks between Yerevan and Baku was reported in the press service of the Armenian Deputy Prime Minister, Interfax reports.

“Mher Grigoryan left for Moscow, where a meeting of the working group of the Deputy Prime Ministers of Armenia, Russia and Azerbaijan will be held today to unblock all transport and economic communications in the region, “the message says.

In addition to meeting with his Azerbaijani counterpart, Grigoryan will take part in several meetings – the Council of the Eurasian Economic Commission, the Economic Council of the CIS, and will also attend the Second Eurasian Congress. The Deputy Prime Minister will arrive in Moscow with a delegation together with employees of the Ministry of Defense and the Ministry of Foreign Affairs of Armenia.

Russian President Vladimir Putin and Armenian Prime Minister Nikol Pashinyan previously spoke about the importance of an early improvement of the economic situation in Nagorno-Karabakh. “We talked in great detail about economic issues, the development of economic ties and, above all, as a first step, we talked about unblocking transport corridors: this applies to both the railway and road communications,” Putin said about the trilateral meeting that took place November 26 in Sochi.

Armenia and Azerbaijan are negotiating with the mediation of Russia following the military confrontation between the republics in the fall of 2020. Due to the long-standing territorial-ethnic conflict, dragging on since the late USSR, Yerevan and Baku began armed confrontation with each other several times. Azerbaijan prevailed in the last war.