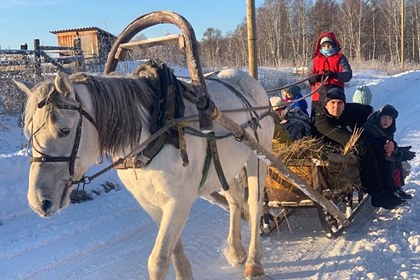 In the Krasnoyarsk Territory, bloggers and journalists were presented a new route along the Zaman. This is reported by NGS24.ru.

It is noted that the first item was the German settlement. A mini-fair was organized for the guests at the local cultural center, where they could buy homemade cheese, cottage cheese, and milk. Tourists were also shown the performance of local residents, descendants of the Volga Germans.

The next point was the village of Kamarchaga, founded in 1882. Now it is home to about two thousand people. “From entertainment – sledding, the guide's stories about the history of the village, which was very restless in the 1920s,” the message says.

The last point was the church in Sugrist. It was built in 1913 without a single nail; in Soviet times it served as a granary and even a warehouse with cement.