ATOR: Israel, Japan and Morocco are completely closed to tourists 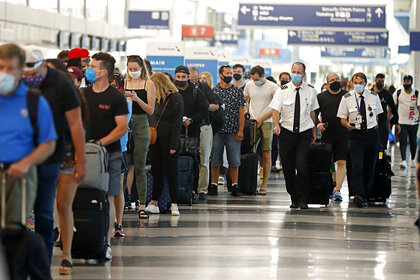 Russians were reminded of the current rules for entering foreign countries. The list of states that have tightened the conditions of arrival for tourists due to the prevention of the spread of the new omicron strain was named by the specialists of the Association of Tour Operators of Russia (ATOR) on their website.

It is noted that restrictions due to the threat of the spread of the new strain are practically will not affect the outbound tourist flow of domestic tourists. For example, completely closed countries – Israel and Japan did not accept Russians even before the innovations, and Morocco suspended direct flights with Russia on October 5.

Nevertheless, Argentina, Great Britain, Denmark, India, Ireland, Spain, the Netherlands, Poland, Rwanda, Fiji accept tourists who have recently been to a number of African countries, but oblige them undergo mandatory quarantine upon arrival. In some cases, such exceptions only apply to residents of these states.

Earlier in November, the World Health Organization (WHO) estimated that a complete ban on international flights would not be able to stop the spread of COVID-19. It was noted that countries need to continue to apply an evidence-based and risk-based approach in implementing travel-related measures in accordance with international health regulations.