President Volodymyr Zelenskyy: Ukraine will conduct a population census in cooperation with Apple 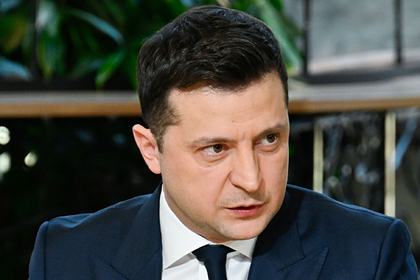 Ukrainian President Volodymyr Zelenskyy announced the participation of Apple in the country's population census. He wrote about this on November 30 on Twitter.

“I am proud that Ukraine will become the second country in the world to conduct a population census in cooperation with Apple. An important Memorandum of Understanding was signed today between the Ministry of Digital Transformation of Ukraine and this technology giant. Digitalization is an unconditional priority for our state, “Zelensky said.

Earlier, the Minister of Digital Transformation Mikhail Fedorov said that the authorities would ask Apple to lease them gadgets and equipment for the census. According to him, a similar practice was used by the United States in 2020: the company leased equipment to the state for several weeks, which made it possible to seriously save budget funds.

In December 2019, an electronic population census was carried out in Ukraine using data from mobile operators, sociologists, state registers and the pension fund. It turned out that almost 37.3 million people live in the country, not counting the residents of the Donbass territories not controlled by Kiev and the Crimea that joined Russia.

After the collapse of the USSR, Ukraine conducted a census once – in 2001.