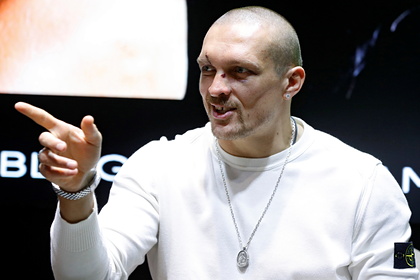 Ukrainian heavyweight boxer Alexander Usik remembered how once during a training he swam in the pool 10 kilometers without stopping. The athlete's story leads the Instagram account LuckyPunch.

According to the Ukrainian, this happened during preparations for the 2012 Olympics in London and became the hardest workout in his life. Usyk noted that he covered the distance in five hours and three minutes.

“Then I got stormy for two days. I didn’t drive, ”the boxer said. Usyk also noted that the feeling that the swim continues, did not leave him for some time, even while eating.

On September 26, Usyk by unanimous decision defeated Briton Anthony Joshua and became the world champion according to the versions of the World Boxing Association (WBA ), The International Boxing Federation (IBF), the World Boxing Organization (WBO) and the International Boxing Organization (IBO). At the London Olympics, the Ukrainian won a gold medal.