US Treasury Secretary Yellen: it is appropriate to put pressure on the Russian Federation because of the troops near the border of Ukraine 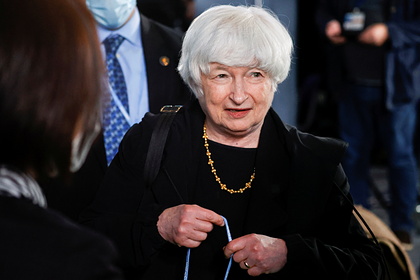 It would be appropriate to put pressure on Russia from- for building up the presence of troops near the border with Ukraine. This was stated by US Treasury Secretary Janet Yellen at a hearing in the Committee on Banking, Housing and Urban Affairs of the US Senate, writes TASS.

Related materials00: 01 – October 25 ” Young people are aimed at Europe “Belarusians follow the Ukrainians aspiring to the EU. How can Russia keep them? 17: 26-23 November

The DPR and Ukraine announce mutual shelling and are preparing for war. Why in the aggravation of the situation in Donbass Russia is accused? “I agree that this is appropriate,” the agency quotes Yellen's response.

Previously, the US defense department spoke on the same topic: Pentagon spokesman John Kirby accused the Russian Federation of She continues to increase the number of her troops near the Ukrainian border.

Russian Foreign Ministry spokeswoman Maria Zakharova said that nothing happened on the border with Ukraine, redeployments and maneuvers of Russian troops were carried out on Russian territory. Kremlin spokesman Dmitry Peskov also said that Russia has not prepared, is not preparing and will not prepare any attacks on anyone.