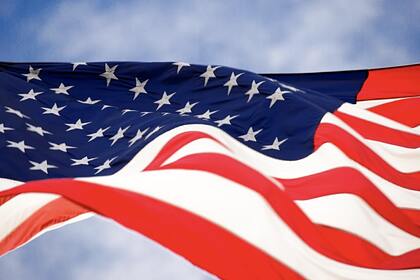 Bloomberg Max Hastings. In his opinion, the racial problem, which has exacerbated in recent years, is at the heart of the split in American society.

The author of the material cited as an example poll data from the University of Virginia, according to which 52 percent of voters of the former US President Donald Trump spoke in favor of the “republican” US states to form separate states. At the same time, the same position in relation to the “democratic” states was formed by individual states.

As Hastings recalled, in the last century, the borders of different countries of the world have seriously changed: the collapse of the USSR, the secession of Bangladesh from Pakistan, the separation of Singapore from Malaysia, division of Czechoslovakia. According to the journalist, the same is possible in the future. “Why should it be different in the USA?” He asked.

Hastings noted that since its founding, the United States has steadily expanded, but has always been divided along political and other principles. “For more than two centuries, what unites Americans has been higher than what separates them,” he continued.

Certain parts of the country may wish to secede, the observer said. First of all, we are talking about California and Texas. The journalist acknowledged that the racial problem, which has exacerbated in recent years, is at the heart of the split in American society. The United States also treats other minorities differently, which creates divisions.

However, he believes that the immediate collapse of the United States should not be expected. Moreover, its likelihood is now much higher than 20 years ago. The cost of such a development of events will be much higher not only for America, but for the entire West, Hastings concluded.

Earlier, the American scientist and author of the book “Cynical Theories” James Lindsay said that the emergence of “multicultural spaces “And black-only dorms is a renaissance of segregation in the US.