White House: US is always ready for sanctions against Russia due to the situation near the Ukrainian border 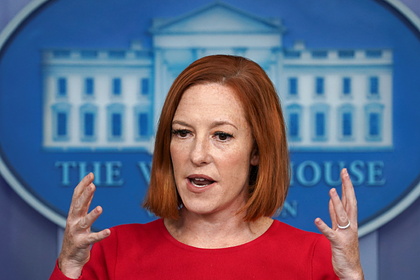 White House spokeswoman Jen Psaki said that the United States is always ready to take steps towards imposing sanctions against Russia due to the situation near the border with Ukraine. However, the States consider it necessary to discuss such decisions with their European allies, TASS reports.

At the briefing, journalists asked Psaki whether the Congress administration would take measures against Russia in the event of its “invasion of Ukraine.” In response, the White House spokesman announced her constant readiness to impose sanctions against Russia.

“I think that we will first take a step, which will consist in the fact that our Secretary of State will continue discussions with his European partners in the region to see what steps to take, if necessary. We are always ready for any action, and we also told the European allies, “Psaki emphasized.

On November 28, the Kremlin responded to the” hysteria “whipped up in the Anglo-Saxon and Ukrainian media. Press Secretary of the Russian President Dmitry Peskov stressed that Russia is not going to attack anyone.

Earlier, Russian Ambassador to the United States Anatoly Antonov assessed the possibility of a Russian attack on Ukraine. He said that accusations of this kind against Russia are due to the desire to hide the failures in the policy of Ukrainian President Volodymyr Zelensky. “We are open here and constantly speak in the media, and we say to political scientists and the US administration: Russia is not going to attack anyone,” Antonov emphasized.