Doctor of Military Sciences Sivkov: the morale of the Ukrainian army has grown thanks to propaganda 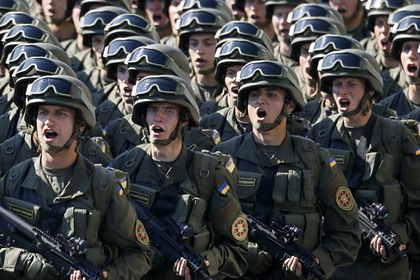 technical equipment, but raised their morale. This was stated by Doctor of Military Sciences Konstantin Sivkov, RIA Novosti reports.

He commented on the words of Ukrainian Foreign Minister Dmitry Kuleba about the Ukrainian army that has become incomparably stronger and assessed its condition. According to him, from the point of view of military-technical equipment, it has strengthened slightly. In support of this, Sivkov pointed to the operation of the Ukrainian Armed Forces of old T-72 tanks and the use of NATO combat training standards, which have proven themselves ambiguously in hostilities in Iraq and Afghanistan.

At the same time, he stressed that in seven years the moral readiness to fight has grown among Ukrainian soldiers. According to the expert, this happened due to the fact that during this time the command was able to “brainwash well” both the rank and file of the Armed Forces of Ukraine and the officers. At the same time, Sivkov noted that the military who sympathized with Russia were removed from office under these conditions.

Earlier, the Minister of Foreign Affairs of Ukraine Dmitry Kuleba announced a significant strengthening of the Ukrainian army since 2014. He said that now she will “be able to respond to the blow” of Russia, and called for prompt action to “contain” Moscow.