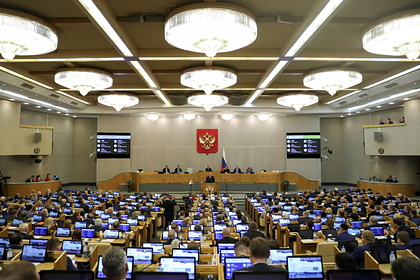 The Deputy Speaker of the State Duma commented on the words of the head of the united editorial office of RBC Petr Kanaev that it is necessary to indicate the nationality of criminals in the media. “It doesn't matter – it will be Russian, Tajik, Chechen, Belarusian, Dagestani, African American, someone else,” Chernyshov wrote, agreeing with Kanayev’s opinion that it’s important.

“Because a journalist must be objective, and he has no right to hide such things from the audience, “the vice-speaker wrote. He noted that otherwise the journalist's investigation or his article would not be complete.

“We must not forget about basic rights – freedom of speech, first of all. Journalists are obliged to cover events openly and honestly, ”he said, adding that it is impossible to put pressure on the media like that. According to Chernyshov, a talented journalist will find an opportunity to inform the public of what nationality the criminal is.

“Why bring to such an interethnic confrontation? These are the things that lead to interethnic enmity, and not disputes about whether to indicate the attacker's nation or not, “he concluded.

In November, the Chechen parliament submitted to the State Duma a bill banning the media from indicating the nationality of criminals in materials … According to the authors, provocative materials are often published in the media and social networks that can form a negative attitude towards a particular ethnic group. The discussion about this topic arose after a fight in New Moscow with the participation of natives of Azerbaijan, who, as it turned out later, are citizens of Russia.